Alvin Luedke joined the Luther Seminary faculty in July 2001.  Previously, he served as a research associate with the Strategic Policies Research Group and as an interim pastor in Texas since 1998.

He is a member of the Rural Sociological Society, the Rural Church Network in the United States and Canada, the Small Town and Rural (STaR) Ministry Alliance of the ELCA, and International Rural Church Association (IRCA). He is a member and former chair of the Northland Ministries Partnership of the Minnesota Consortium of Theological Schools. He serves on the board of directors for Shalom Hill Farm, is the U.S. representative to the IRCA planning board, and is a former member of the board of directors of the Appalachian Ministries Educational Resource Center. He is a member of the Theological Education, Cooperative Ministries, and Leadership affinity groups of the STaR Ministry Alliance.

Luedke has written or co-written numerous sociological studies. He has co-authored books, Teaching Reflectively in Theological Contexts: Promises and Contradictions, and Demographics: A Guide to Methods and Data Source for Media, Business, and Government. His recent articles include “Opportunities amidst Challenges: Denominations and Rural Ministry”; (Word and World, 2005), “Farm Financial Crisis-Challenges for Ministry among Small town and Rural Communities, Congregations, and Individuals” (Journal of Lutheran Ethics, 2003) and “Dynamic Population Change in Size and Diversity” (Texas Almanac, 2002-2003.) He also is a frequent speaker at Rural ministry conferences which include presentations such as “What is Rural? Why Does it Matter?” (Glendive and Sidney, MT, February 2008), “Rural Ministry in Region 3” (Region 3 Bishops’ and Staff Retreat, November 2007), “The Celebration and Challenge of Doing Ministry in Rural Contexts” (NW Wisconsin Synod, March 2004) and ” Rural Congregations and Mission: The Nations at Our Doors” (Lutheran Mission Conference, March 2003). 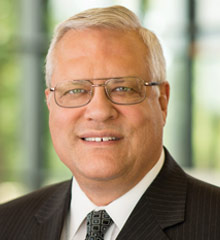