Charles Amjad-Ali joined the Luther Seminary faculty in 1997 as visiting professor of Christian mission and social justice after a series of international lectureships reaching back well over a decade. In May 1997 he received the Martin Luther King, Jr. Chair of Justice and Christian Community. Before Luther Seminary, he has lectured at Princeton, Notre Dame, St. Thomas and Temple Universities as well as at Princeton, and Union Theological Seminaries, he has also served on the faculties in South Africa, Sweden, England, Germany, Australia, Japan, the Philippines, and his native Pakistan.

He was ordained as a presbyter of the Church of Pakistan in 1987. He was the director of the Christian Study Center in Rawalpindi, Pakistan, from June 1985 till June 1995 and then for a year the director of political education at the Aurat (Women) Foundation in Pakistan. He chaired the Asian Partnership for Community Organization, which is under the auspices of the Christian Conference of Asia. He was chair of the Urban Rural Mission (URM) of the Commission on World Mission and Evangelism (CWME) of the World Council of Churches (WCC) in 1992 and was a core member URM/CWE from 1989-1993. He was also one of the Commissioners of the Faith and Order Commission of the World Council of Churches from 1989-1993 and for the Christian Conference of Asia from 1993-1996. He was a member of the Christian-Muslim task force of the International Franciscan Order and for the Asian Dominican Order from 1988-1994. From 1991 on he is one of the members of the Christian-Muslim task force of the Lutheran World Federation in Geneva, Switzerland.

He was among the founders of and was a member of the executive committee of the Human Rights Commission of Pakistan and chaired its Islamabad office. He is a founding member and has served as chair of the Institute of Labor Education and Research, Strategies for Alternative Development and Action, Patan Foundation, and Sungi Rural Development Foundation all in Pakistan.

After earning a bachelor of arts degree from Oxford University and Karachi University in 1967-71, Amjad-Ali received a diploma of theology in London in 1976, and the master of divinity degree (1978) and the Ph.D. degree in theology and political theory (1985), both from Princeton Theological Seminary.

He also holds a post-doctoral certificate in Islamic Law and History from Columbia University (1985) and has done Ph.D. studies in contemporary philosophy at Frederich Wilhelm University in Bonn, Germany. He received an honorary doctorate in theology from the University of Uppsala, Sweden, in 1995.

His numerous publications include Islamophobia (2006) Liberation Ethics (1985) and Passion for Change (1989) as well as two books with Christine Amjad-Ali, And the Spirit Gives Life (1993), and History of the Shariah Act, 1991 (1992). I Look Toward the Mountain(1993) is the most recent of many studies edited for a variety of national and international ecumenical agencies. 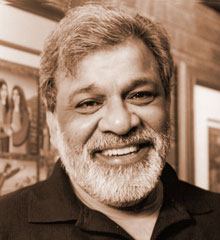