Cameron B. R. Howard, associate professor of Old Testament, joined the Luther Seminary faculty in July 2012. She previously held visiting appointments at the Interdenominational Theological Center in Atlanta and the School of Theology at Sewanee, the University of the South.

Among her publications are contributions to The New Interpreter’s Bible One-Volume Commentary (Abingdon 2010), the twentieth-anniversary edition of the Women’s Bible Commentary (Westminster John Knox 2012), Connections: A Lectionary Commentary Resource (Westminster John Knox 2018), Presbyterians Today magazine, and the journal Word & World.  Committed to making academic biblical scholarship accessible and relevant to clergy and laypeople, Howard has written over two dozen essays for WorkingPreacher.org and is a contributor to BibleOdyssey.org, the Society of Biblical Literature’s web-based initiative for public biblical scholarship. She is currently at work on a book about how the Bible models faithful innovation for the 21st century church.

Howard is a member of the Society of Biblical Literature and a ruling elder in the Presbyterian Church (USA). 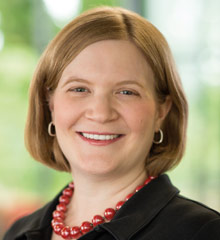