Ordained in 1966, he was a missionary in Ethiopia for the American Lutheran Church for nine years, first as pastor of Mekane Yesus Church in Waldia; then as treasurer of the North Ethiopia Synod, Addis Ababa, where he was also a part-time teacher at Mekane Yesus Seminary; and then as general manager of Yemissrach Dimts Mass Media program.

He was an assistant at Pilgrim Baptist Church in St. Paul in 1970-71  while working on the M.Th. degree at Luther. Everson was pastor in Enskino, Minn., in 1975-78. He served as pastor in Warsaw, Poland, and also taught at Martin Luther Seminary in Lae, Papua New Guinea. In 1998 he taught at the Mekane Yesus Seminary in Addis.

A graduate of Concordia College, Moorhead, Minn., he earned the B.D. degree from Luther Seminary in 1966, and the M.Th. degree in 1972. He has done additional graduate study at the Carl G. Jung Institute in Zurich, Switzerland. 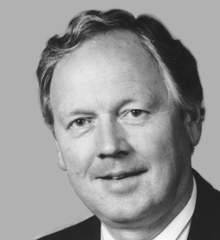