Dr. Diane Jacobson is professor emerita of Old Testament at Luther Seminary in Saint Paul, MN where she taught from1982-2010. She also served as director of the Book of Faith Initiative for the ELCA from 2008-2016. She is a rostered deacon of the ELCA. Jacobson has been a frequent speaker throughout the Church, including the 2011 and 2013 Churchwide Assemblies, the LWF 50th Anniversary Assembly in Hong Kong, and numerous synodical assemblies, rostered leaders gatherings, and churchwide consultations.

Jacobson’s main academic areas of teaching and publishing have been in Wisdom and Psalms. She wrote her dissertation on creation imagery in the psalms, was a principle translator of the psalms for the ELW, and recently contributed a chapter entitled “Wisdom Language in the Psalms” in the Oxford Handbook of the Psalms, edited by William Brown, 2014. Jacobson’s other recent publications include: “Igniting Biblical Imagination in Our Congregations: Insights from the Book of Faith Initiative,” “Family in the Book of Ruth,” and “Job as a Theologian of the Cross,” “The Inseparability of Beauty and Truth in Biblical Poetry,” (Word and World 2011, 2013, 2014, 2019) as well as “Faith and the Intellectual Life: A Case Study in the Psalms” (Worship the Lord with Gladness, Word and World Supplement Series 7, 2017), “Luther and Post-Modern Culture Meet the Never-ending Challenge of Ecclesiastes” (Lutheran Theological Journal 2016), “Book of Faith: Retrospective and Prospective” (Currents in Theology and Mission 2014), the Book of Faith Lenten Devotional, Water Marks, and the Book of Faith Adult study on Ruth (co-authored with David Vasquez).

Jacobson currently serves on the boards of Augsburg University and Minnesota Opera as well as on the St. Paul Area Synod Caring for Creation Workgroup and the EcoFaith Leadership Team, NE Minn Synod. She also served on the consulting board and as a contributor to the Lutheran Study Bible (2009).

Jacobson is, first and foremost, a lover of Scripture. “I’m in love with this Book,” she says. “My calling is to teach Scripture for the sake of God’s world, and to invite others into the wonders and rewards of exploring the Bible together.” 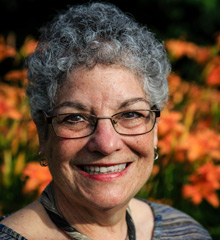