Dirk G. Lange, Fredrik A. Schiotz Chair of Missions and Professor of Worship, has been elected deputy general secretary for ecumenical relations of the Lutheran World Federation for a 5-year term starting February 1, 2020. Dr. Lange has relocated to Geneva Switzerland for this term but will be returning to the seminary campus twice annually to teach worship courses as intensives.

Dr. Lange came to Luther Seminary from the Lutheran seminary in Philadelphia where he taught liturgy and homiletics. Dirk’s ministerial experience has covered a wide spectrum of activities, but all under one umbrella: liturgy in the lives of people. During the 1980s, as a brother of Taizé, he worked with church leaders and many lay people involved with the prayer groups in the Eastern European underground. During the early 1990s, he was engaged with the prayer and songs of Taizé. After leaving Taizé, he came to LTSP to study under Gordon Lathrop and then went on to do doctoral work under Don Saliers and Mark Jordan at Emory. He is editor and contributor of “Ordo: Bath, Word, Prayer, Table” (OSL, 2006), an introduction to liturgical theology and festschrift in honor of Dr. Lathrop. With Luther and Derrida as dialogue partners, Dr. Lange queries theology, its disruption and its rewriting, through the lens of the liturgy. He has been involved with the Renewing Worship project of the ELCA, serving on the editorial board for Daily Prayer as well as participating on the development panels for Holy Communion. He has published several articles in the liturgical journal Worship as well as in several other scholarly journals. He is a member of the North American Academy of Liturgy (NAAL) and founder and convener of the seminar group on Liturgy and Postmodern Questions. He is also a member of American Academy of Religion (AAR), Societas Liturgica and the Academy of Homiletics. He has also served parishes in Atlanta and Philadelphia. 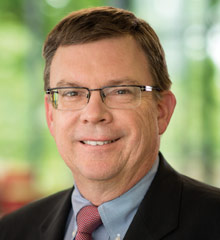 Dirk Lange
Professor of Worship and Frederik A. Schiotz Chair of Christian Missions