Frederick Gaiser came to Luther Seminary as a lecturer in Old Testament in 1973 and was promoted to professor in 1991. He has served as director of graduate studies (1993-2001), acting dean of students (1986-88), and as registrar (1975-77). As political and economic conditions allow, he directs the Luther Seminary in Zimbabwe Program.

Gaiser began his career as a research chemist at Upjohn Pharmaceutical in Kalamazoo, Mich. (1959-60). He was interim pastor at Emmanuel Lutheran Church in Warren, Ohio, in 1963. Ordained in 1969, he was pastor of St. Paul Lutheran Church in Humboldt, S.D. (1969-74). While there, he also was a teacher of theology at CENCOAD, Augustana College, Sioux Falls, S.D.

Gaiser has been the editor of Word & World: Theology for Christian Ministry, the seminary’s quarterly journal, since 1988. He was an editor and author for EnterTheBible.org and is a frequent contributor to WorkingPreacher.org.
He has also served on the Inter-Lutheran Task Force on Occasional Services, the Inter-Lutheran Commission on Worship, and the ELCA Task Force on Health and Health Care. He is a member of the Society of Biblical Literature.

After receiving the B.A. degree from Kalamazoo (Mich.) College in 1959 (outstanding chemistry graduate, Phi Beta Kappa), Gaiser earned the M.Div. degree from Evangelical Lutheran Theological Seminary (now Trinity) in Columbus, Ohio, in 1963. He received the Dr.Th. degree from the University of Heidelberg, Germany, in 1985.

Gaiser has edited five published volumes, including most recently Rethinking Stewardship, and translated for the publication Yahweh–The Patriarch (Erhard Gerstenberger) and The Song of Songs (Othmar Keel). His book Healing in the Bible: Theological Insight for Christian Ministry was published in 2010 (Baker Academic). 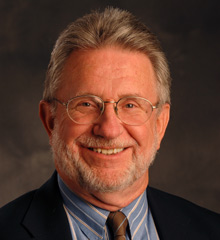