Gary Simpson was named associate professor of systematic theology at Luther Seminary in 1990 and professor of systematic theology in 1998. Earlier, he served as a Lutheran pastor for 14 years. Simpson was pastor of Immanuel Lutheran Church, Alameda, Calif., (1976-1983) and Protestant chaplain of Highland-Alameda County Hospital in Oakland, Calif., (1976 to 1978). Subsequently, he was minister of education and youth at St. Charles (Mo.) Christian Church (1981-83) and pastor of Resurrection Lutheran Church in Portland, Ore. (1983-90).

During his years in Portland, he was adjunct teacher for Warner Pacific College as well as Pacific Lutheran Theological Seminary in Berkeley, Calif., and the Lutheran Institute for Theological Education in Tacoma, Wash.

Simpson also served Ecumenical Ministries of Oregon as a member of its board and chaired its witness and life commission. He chaired the Jewish-Christian Association of Oregon, was vice president of the Oregon Holocaust Resource Center, and was on the board of directors of the Oregon chapter of the National Conference of Christians and Jews. Simpson also served as the moderator of the board of Snowcap Church-Community Action Program (Portland, Ore.) and chaired the Oregon Governor’s Task Force on Hunger.

He is a member of the American Academy of Religion and on the Society of Christian Ethics. He serves on the editorial board of dialog: A Journal of Theology.

Simpson’s essays on theology and public life have appeared in both English and German language collections. His most recent research and writing have been in the areas of Lutheran confessional theology, congregational mission, the doctrine of the trinity and the theology of the cross. His essay, “Towards a Lutheran ‘Delight in the Law of the Lord’: Church and State in the Context of Civil Society” will appear in a forthcoming book from Fortress Press. He authored Critical Social Theory: Prophetic Reasoning, and Christian Imagination (Fortress Press, 1998). He is presently working on a book with New Testament scholar David Fredrickson, Confessing Christ: Christology, Trinity, and Ecclesial Leadership. 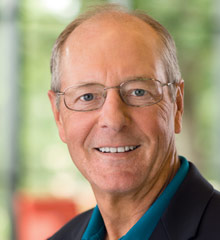