A graduate of Concordia College, Moorhead, Minn., in 1967, Nestingen earned the master of divinity degree from Luther Seminary in 1971 and the master of theology degree in 1978. He received his doctorate in theology from St. Michael’s College, University of Toronto, in 1984.

Following his ordination in 1971, he served as pastor of Faith Lutheran Church in Coquille, Ore., for three years before becoming curriculum editor at Augsburg Publishing House from 1974-1976.

Nestingen has written and spoken prolifically on Luther’s catechisms and confessional Lutheran theology. In March 2001, he was one of the featured speakers at The Book of Concord Lectures held at Luther Seminary, which celebrated the latest translation of The Book of Concord and discussed its relevance for the 21st Century. 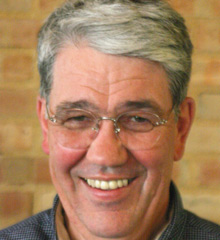