Dr. Janet Ramsey joined the Luther Seminary faculty as the associate professor of congregational care leadership in spring 2002. Her title, a new one at Luther Seminary, signals a philosophical and theological change in modern-day pastoral care. Today, the pastor is no longer seen as the sole caregiver in a congregation, but as the one who models care and leads congregations to be caring communities.

The variety of situations in which Ramsey has served have prepared her to understand ministry in both parish and specialized settings. Fifteen years prior to teaching at Luther Seminary, she combined counseling, supervising, community service, parish ministry, research, writing and part-time teaching. Most recently, she served as supervisor/counselor at the Pastoral Counseling Center of the Roanoke Valley and as a pastoral associate at St. John’s Episcopal Church, both in Roanoke, Va.

In 1995, Ramsey received her doctorate in family and child development, with a concentration in adult development and aging, from the Virginia Polytechnic Institute and State University, Blacksburg, Va. Earlier she received a master of divinity degree from Lutheran Theological Seminary at Philadelphia in 1980 and, in 1976, a master of arts degree in religion from Yale University Divinity School, New Haven, Conn. She earned her bachelor of arts degree, with a major in English literature, from Muhlenberg College, Allentown, Pa., in 1967.

In 1985, Ramsey was ordained as a pastor in the Evangelical Lutheran Church in America (ELCA). Her first call was as chaplain at the Virginia Synod Lutheran Home, where she later became chaplain/administrator. She then accepted a call as full-time parish pastor from St. Timothy Lutheran Church in Vinton, Va. She is licensed as a marriage and family therapist and is a diplomate in the American Association of Pastoral Counselors.

She is a member of many professional organizations, including the American Society on Aging, the National Counsel on Family Relations and the Gerontological Society of America. 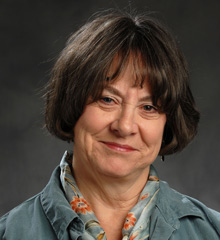