Kent Johnson has been a member of the Luther Seminary faculty since 1976, when he was called as assistant professor.  He was promoted to professor in 1985.  He has been acting director of continuing education (1986-87) and chair of the department of pastoral theology and ministry (1982-85).

Johnson started as a teacher in the Hurley (S.D.) public schools in 1955-56.  He moved to a teaching position in Barrow, Alaska.  He returned to South Dakota, where he taught at Augustana Academy in Canton as a seminary intern in 1959-60.

Johnson earned the B.A. degree at Luther College, Decorah, Iowa, in 1955, and the B.D. from Luther Seminary in 1961.  He received both the M.A. and Ed.D. degrees from the University of Wyoming.  He did additional study at Uppsala in Sweden during a sabbatical in 1982.

He is a member of the Religious Education Association. 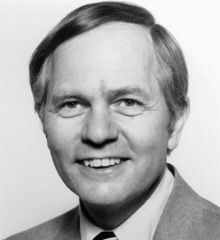