Before joining the faculty in 1970, Lee Snook served as University Lutheran Chaplain at Cornell in Ithaca, New York and as Senior Pastor of the university congregation there. He is a Phi Beta Kappa, magna cum laude graduate of Gettysburg College (1952), and graduated from the Lutheran Theological Seminary in Gettysburg in 1956. His gained his masters and Ph.D. degrees from Union Theological Seminary in New York (1967 and 1970). He was ordained by the United Lutheran Church in America in November 1955, and before moving to Cornell University, he served St. Luke Lutheran Church in Roaring Spring, PA and Good Shepherd in Harrisburg, PA. In 1984-85 he was a senior fellow at the Institute for the Advanced Study of Religion at the University of Chicago. He retired from the faculty in 1999 and then served as adjunct professor for several terms.

Since his retirement Professor Snook and his wife, Lois, have continued overseas travel each year, and have especially enjoyed visiting the families of their four children who have given them twelve grandchildren born in Africa, Japan, Australia, Canada and the United States. When not traveling they attend the concerts, plays, art exhibits and lectures that are an integral feature of life in the Twin Cities, and have become very engaged in the faith life of their neighborhood Lutheran parish

The Seminary granted Snook a three year leave of absence, 1986 to 1989, to become Visiting Professor of Theology at the University of Zimbabwe, a new post funded by the Lutheran World Federation. Beginning in 1992, again with the support of the Seminary, Lee and Lois established a student program in Harare, Zimbabwe that took them back to Africa each year for three to four months until his retirement. The Luther Seminary Program in Zimbabwe has been an opportunity for seminary students to reside with African families, and through formal study and practical experience to discover how Africa has shaped the Christian mission and how the gospel has influenced African culture

Over their years in Africa, Lee and Lois Snook became collectors of African art, particularly the now highly acclaimed Zimbabwe (or Shona) stone sculpture. In the Spring of 1990 they mounted in the atrium of Olson Campus Center a large exhibit called Spirit in Stone and have contributed two pieces for the seminary’s permanent art collection.

Professor Snook has written numerous articles, essays and reviews for Word and World, dialog, Christian Century, Theology Today and other journals, and has served on church boards and commissions. His books include, The Church Emerging (edited by John Reumann, 1977), O God, Pay Attention: A Journal for Lent (1970), Renewal in the Pulpit (edited by Edward Steimle, 1966), The Anonymous Christ. Jesus as Savior in Modern Theology (1986) and What in the World Is God Doing? Re-imagining Spirit and Power (1999). 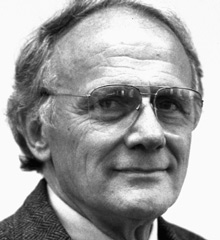