Mark Hillmer joined the Luther Seminary faculty as associate professor in 1967 and was named the Louise Grunow Professor of Old Testament in 1982.

Hillmer has done archaeological field work in Caesarea, Tel Dan, and Taanach. He was visiting professor at St. John’s University, Collegeville, Minn., during the summers of 1970 and 1971. 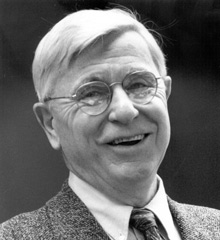