He was a teaching fellow in Hebrew at Union Theological Seminary in 1979-81, and had been a teaching assistant in New Testament exegesis at the Presbyterian School for Christian Education in 1979-80.

Ordained in 1975, Throntveit was associate pastor of First English Lutheran Church in Whitewater, Wis., until 1978.

He is a member of the Society of Biblical Literature, where he has been a member of the steering committee for the Chronicles, Ezra-Nehemiah consultation (1984-1986), group (1986-91), and section (1991-present). He continues as Regional Coordinator of the Upper Midwest Region, a position he has held since 1996.

Throntveit received a B.A. degree with departmental honors in religion from St. Olaf College, Northfield, Minn., in 1971. He received an AAL scholarship to attend Luther Seminary where he earned the M.Div. degree and the G.M. and Minnie Bruce Award in New Testament in 1975. He received the James A. Jones Memorial Fellowship for study at Union Theological Seminary in Virginia where he received the Ph.D. degree in 1982. He has also studied at Cambridge in England. 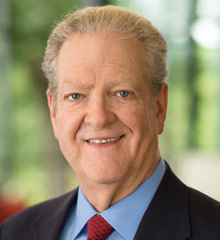