Wendell Debner was named director of the Doctor of Ministry program in 1990, overseeing a degree option offered jointly by Luther Seminary, United Theological Seminary and the St. Paul School of Divinity at the University of St. Thomas in cooperation with Bethel Theological Seminary and the School of Theology at St. John’s University in Collegeville, Minn.

Debner joined the Luther Seminary faculty in the office of contextual education with the rank of assistant professor in 1981. He was promoted to associate professor in 1985.

He earned the B.A. degree from Wartburg College, Waverly, Iowa, in 1962 and the B.D. degree from Luther Seminary in 1966. The D.Min. degree was conferred by United Seminary in 1990, and he was called to direct that program the same year. 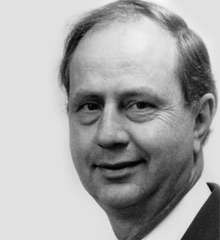