Paul Berge joined the Luther Seminary faculty in the New Testament department in 1973 and was named professor in 1984, the same year he was appointed director of the master of arts degree program. He had been a teaching fellow in Greek at Union Theological Seminary in 1972-73.

Ordained in 1964, he was a pastor of Our Savior’s Lutheran Church in Montevideo, Minn., before becoming a United States Air Force chaplain in 1966-70.

He has been active on two ecumenical study commissions: LutheranEpiscopal Dialogue III (Evangelical Lutheran Church in America), and The Historic Episcopate (Lutheran Council in the USA), and was a member of InterChurch Relations, a standing committee of the American Lutheran Church. Berge is a past member of the board of the Neighborhood Advisory Council of the Hubert H. Humphrey Job Corps Center. He is currently involved in “The Circle of Neighbors” of Plymouth Christian Youth Center, and is a member of St. Andrew’s Lutheran Church in Mahtomedi, Minn.

A graduate of St. Olaf College, Northfield, Minn., he earned the B.D. degree from Luther Seminary in 1963, and both the Th.M. and Th.D. degrees from Union Theological Seminary, Virginia. He was also a research fellow at Yale Divinity School in 1979-80 and visiting professor of New Testament at the Lutheran Theological Seminary, Fianarantsoa, Madagascar, in 1986-87.

Berge is the author of: Servants and Stewards of the Gospel: A Stewardship Bible Study from Paul’s Letter to the Philippians (1983) and Now You Are God’s People: A Study in I Peter (1980). He is also a contributor to the study documents, Toward Full Communion and Concordat of Agreement (1991); Implications of the Gospel (1988); and The Historic Episcopate (1985). 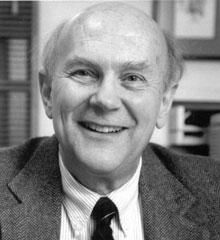