Patrick Keifert was named an instructor in systematic theology at Luther Seminary in 1980 and was made associate professor in 1986. He has also been an adjunct professor at the School of Law, Hamline University, St. Paul, since 1984.

His teaching experience began at Christ Seminary — Seminex where he was a teaching assistant in 1976-77 and instructor in systematic theology in the summer of 1980.

Keifert is currently President and Director of Research of Church Innovations Institute, a church related non-profit seeking to “innovate your church’s capacities to be missional.” He has been general editor, Journal of Law and Religion, and served on the editorial boards of Word & World and dialog.

He has been guest and adjunct faculty at several schools of theology, including Tuebingen, Germany, Stellenbosch, South Africa, and Vancouver School of Theology, Canada. He has been the recipient of the Fulbright-Hays Travel Grant, the Deutscher Akademischer Austauschdienst Language Grant, and the Franklin Clark Frye Post-doctoral Fellowship. His books include: Welcoming the Stranger: A Public Theology of Worship and Evangelism (1992), Worship and Evangelism: A Pastoral Handbook (1990),  People Together, a small group manual set (1994), Talking About our Faith (1999),  But Is It All True (2006),  We Are Here Now (2006), and Testing the Spirits (2007). 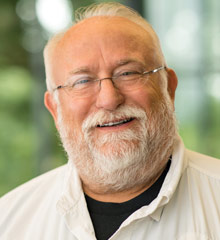