Peter Sethre was named director of continuing education in 1991 at Luther Seminary where he is responsible for the Kairos program of continuing studies for pastors and other seminary graduates, the Lay School of Theology, and other programs designed to enhance the ongoing education opportunities of all church leaders.

Sethre was youth director at Bethel Lutheran Church in Madison, Wis., before his seminary education and subsequent ordination in 1967.

He was director of L’Chaim: Iowa Center for Theology and Life from 1983 to 1991. During that time he also was coordinator for continuing education at Wartburg Seminary, Dubuque, Iowa, taught religion courses at Wartburg College, Waverly, Iowa, and was a teacher for L’Chaim events in the area of apocalyptic and biblical prophesy and the Book of Daniel.

Sethre’s books include: The Mystery and the Message (studies in Prophecy and Apocalyptic writings Friendship Series); Visions of God’s Rule (Study of Apocalyptic); Kings for God’s People (senior high course, from Samuel to Elijah). 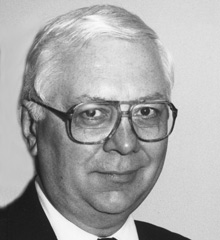