He was born in China of missionary parents. Ordained in 1962, Martinson went to Hong Kong as a missionary the next year, where he was assistant pastor of Truth Lutheran Church until 1967.  He also was an instructor in Greek at the Lutheran Seminary from 1965 to 1967, and supervised the Lutheran Middle Schools in Kowloon, Yuen-long in 1966-67.

He also attended the Yale Institute of Far Eastern Languages, Taiwan National University, the Research Institute of New Asia College in Hong Kong and the University of Minnesota.

Martinson is a member of the Association for Asian Studies, the American Academy of Religion, the American Society of Missiology, the International Association for Mission Studies, the Association of Professors of Missions, and the International Association of Buddhist Studies.  He is a founding member of the Society for Study of Chinese Religions, and twice has chaired the board for the Midwest China Study Resource Center.  In recent years, he has also served in the Other Faiths Study Group of the Lutheran World Federation (LWF). 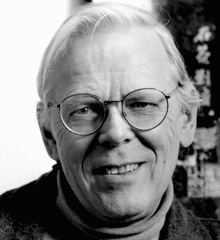