Westermeyer is an ordained Lutheran pastor in the Evangelical Lutheran Church in America and a graduate of Elmhurst College, Lancaster Theological Seminary, the School of Sacred Music at Union Theological Seminary in New York, and the University of Chicago. He did Clinical Pastoral Experience at Lutheran General Hospital in Park Ridge, Illinois; graduate study in the Liturgical Studies Program at Notre Dame University and in the Schola Cantorum at Concordia Theological Seminary in St. Louis; and independent study in the Archives and with professors of the Lutheran School of Theology at Chicago. His doctoral dissertation was completed under Martin Marty at the University of Chicago and is a theological, liturgical, hymnological, and musical comparison of the Lutheran and German Reformed churches of Pennsylvania in the nineteenth century.

Westermeyer’s publications relate to his lifelong interest in theological, musical, and liturgical intersections. The Church Musician weaves some of these concerns together in a perspective on the role and vocation of the church musician; With Tongues of Fire surveys some twentieth century hymnody and hymn writers; Let Justice Sing analyzes hymnody and justice; Let the People Sing studies hymn tunes; Te Deum scans church music from the Old Testament to the present; and the Hymnal Companion to Evangelical Lutheran Worship discusses each hymn and tune in the hymnal. 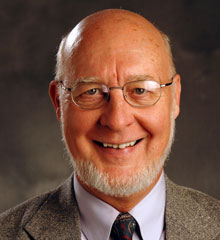