Before joining the faculty Harrisville was Pastor of Trinity Lutheran Church in Mason City, IA, 1952-57. Together with Carl Braaten and Robert Jenson, Harrisville co-founded the journal dialog in 1962 and served as Associate Editor, Contributing Editor, and member of the Editorial Council.

Harrisville received the Lutheran World Federation Scholarship, the Association of Theological Schools Fellowship, and the Fredrik A. Schiotz Fellowship.

He is a member of the Society of Biblical Literature, Studiorum Novi Testamenti Societas, and the American Association of University Professors.

Harrisville also translated 20 volumes, among them are The Influence of the Holy Spirit: The Popular View of the Apostolic Age and the Teaching of the Apostle Paul, by Hermann Gunkel. (Fortress, 1979), The Freedom of a Christian, by Eberhard Jüngel (Augsburg, 1988), What Is Theology by Rudolf Bultmann (Fortress 1998), Luther’s Theology by Bernard Lohse (Fortress. 2000), and Church Conflicts: The Cross, Apocalyptic, and Political Resistance by Ernst Käsemann, (Baker, 2021).

Harrisville has also published over 40 articles and numerous book reviews and editorials, as well as sermons on cassette. 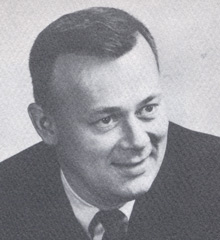