Rodney Maeker became interim director of cross-cultural education at Luther Seminary in 1991 and was named director in 1994.

In 1989-91, he took on the additional ministry at Faith Lutheran of developing Oak Cliff Development Corporation, a community based, non-profit housing organization that revitalized the community through housing rehabilitation and programs of home ownership for low and moderate income families.

Maeker earned the B.A. degree at Texas Lutheran College, Seguin, in 1961, and the M.Div. degree from Wartburg Seminary in 1969.

He chaired the Housing Task Force for the Greater Dallas Community of Churches in 1991, trained lay evangelists for the Evangelical Lutheran Church in Sierra Leone, West Africa, in 1989, and was on the executive committee of the ELCA Commission for Financial Support in 1988-91. He currently serves on the steering committee of the ELCA Commission for Multicultural Ministries. 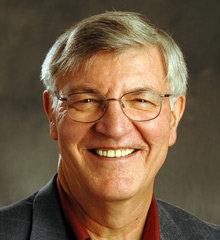