Roland Martinson came to Luther Seminary as assistant professor in 1977 and was named professor of pastoral theology and ministry, pastoral care, in 1982. He chaired the committee which created the new curriculum introduced at Luther Seminary in 1993. In May, 2000, Martinson was installed as Carrie Olson Baalson Professor of Children, Youth and Family Ministry.

Martinson is a member of the National Council on Family Relations.

His works include: Gearing Up for Youth Ministry in the 21st Century(1992); Effective Youth Ministry, A Congregational Approach (1988); Bringing Up Your Child and Ministries with Families (1986); and A Joyful Call to Ministry (1982). 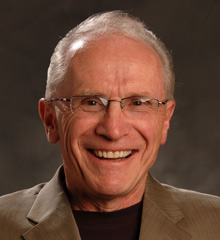