Richard Nysse was called to be assistant professor of Old Testament at Luther Seminary in 1978 and was named professor in 1993.

He served as assistant pastor of Christ Lutheran Church in Belmont, Mass., for two years following ordination in 1974.

Nysse has twice been book editor of World & World (1980-84 and 1984-91) and was a member of the Old Testament faculty for PLTS-LA, a multicultural, alternate route to ordination program of Pacific Lutheran Seminary.

He is the author of “An Analysis of the Greek Witnesses to the Text of the Lament of David,” in The Hebrew and Greek Texts of Samuel, edited by Emanuel Tov (1980). 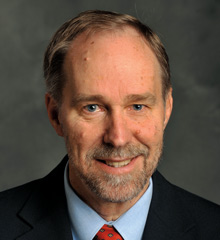