Sarah Henrich came to the Luther Seminary faculty in 1992 from Lutheran School of Theology at Chicago, where she had been assistant professor of New Testament (half-time) since 1989.

A former teacher, Henrich served as director of Christian education and assistant pastor at St. Michael’s Lutheran Church in New Canaan, Conn., from 1983 to 1989.

Having taught at the Lutheran School of Theology in Chicago, Henrich has been teaching at Luther Seminary since 1993.

She has served on the Sacramental Practices Task Force of the ELCA as well as the Lutheran-Moravian dialogue team and is currently on an ecumenical team looking at the use of Scripture in moral decision making. She is a member of both the Society of Biblical Literature and the North America Patristics Society. She is also an active docent at the Minneapolis Institute of Art.

She has written many adult curricula for Augsburg Fortress, for the Women of the ELCA, and for the Select Series. Henrich has also published numerous articles and produced both video and audio tapes in the area of Scripture study. Her book “Great Themes of Scripture”, was published by Westminster John Knox Press in English and in Spanish.  She continues to lead numerous Bible studies for a wide variety of groups throughout the church. 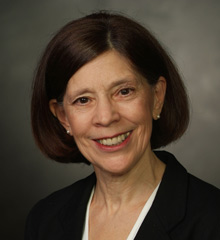