Walter Sundberg began his work at Luther Seminary in 1978-81 as an instructor in systematic theology. He returned as assistant professor of church history in 1984, was named associate professor in 1986 and was named professor in 1994. He was Chair of the History Department in 1987-88 and again from 1991-1993. He was a visiting professor at the College of St. Catherine in St. Paul in 1985-86.

Ordained in 1981, he was assistant minister of Como Park Lutheran Church, St. Paul, in 1981-84. He was an instructor at Augsburg College, Minneapolis, in 1980, in the U.S. Army Chaplains Program in 1977, and at Lutheran Theological Seminary at Philadelphia in 1976.

Sundberg contributed “Ministry in 19th Century European Lutheranism” to Called and Ordained: Lutheran Perspectives on the Office of Ministry (edited by Todd Nichol and Marc Kolden, 1990). He has published articles in First Things, Lutheran Quarterly, dialog, and Lutheran Forum. His writings for church curriculum include Day by Day: Luther on the Christian Life (1983). He is the author of The Bible in Modern Culture (second edition, Eerdmans, 2002), which he wrote with Roy Harrisville; Worship as Repentance:Lutheran Liturgical Traditions and Catholic Consensus (Eerdmans, 2012). 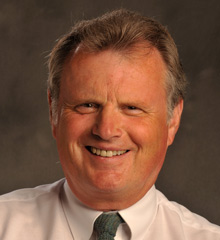