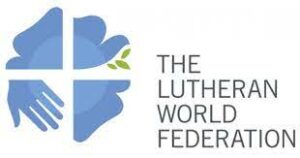 Luther Seminary chapel musician Tom Witt has agreed to be seconded by Luther Seminary to serve as assembly worship coordinator for the Lutheran World Federation’s Thirteenth Assembly, to be held in September 2023 in Krakow, Poland.

Beginning in September 2021, Witt will remain based in St. Paul, dividing his time between the seminary’s chapel office and work for the Lutheran World Federation as planning for the assembly proceeds over the next two years. Witt will be on staff of the LWF Assembly Office assigned to serve the LWF’s International Worship Planning Committee, which will carry out its work under the Assembly’s theme “One Body, One Spirit, One Hope,” referencing Ephesians 4:4, “There is one body and one Spirit, just as you were called to the one hope of your calling.”

Tom Witt has served as a chapel musician and chapel staff at Luther Seminary since 2017. He has a wealth of experience in planning and leading worship in Lutheran and ecumenical settings, and in particular, integrating diverse worship traditions that celebrate the vibrancy of the global church.

The Lutheran World Federation’s assembly is its highest decision-making body. It brings together representatives from all 148 member churches across the globe to empower the Lutheran communion for its witness and service in the coming years. The assembly meets every six to seven years to give general direction to LWF’s work; elect the president and the council members; and act on the reports of the president, general secretary, and chairperson of the finance committee, and on matters related to the LWF Constitution. The Thirteenth Assembly will be held on September 13-19, 2023, at the ICE Krakow Congress Center. It will be hosted by the Evangelical Church of the Augsburg Confession in Poland.