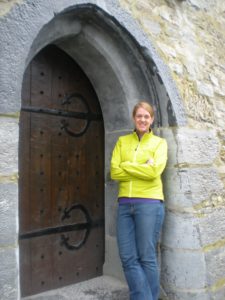 What makes someone a pastor? Where does the ability come from?

Emily Kuenker discovered the answers to these questions during one transformative summer of intensive clinical pastoral education. Kuenker is currently on internship at Nativity Lutheran Church in Bend, Ore., but her path toward ministry went through the refiner’s fire at the University of Minnesota Medical Center. There Kuenker served as a chaplain in pediatrics with a focus in the pediatric intensive care unit (PICU).

Foremost in Kuenker’s mind was a concern for her patients and a desire for them to have the best care, something she was worried that a clinical pastoral education (CPE) student would not be able to provide. As if he knew what was on the minds of his students, the director of the program reassured them at the start by saying, “You have 90 percent of what you need already.” Kuenker was skeptical, “How could he know this?”

Yet, the director’s words would prove to be prophetic. Kuenker was thrust into an encounter that would shape the rest of her summer. The parents of a child in the PICU requested a Christian chaplain and the staff chaplain tapped Kuenker to provide care for the family and child. This was a turning point.

Kuenker says, “They wanted a baptism. I felt like I had zero capacity to do that, but I had no choice. I had to step into that moment.” This encounter built a relationship between Kuenker and the family. She says, “I walked with that family that whole summer. I held their child in my arms to baptize him; I also held him in my arms the day he died.”

From this experience, Kuenker began to realize she did have what those in her care needed. She reflects, “It’s about being in relationships with people and just loving them. It’s not technical. Did I say the right things? Did I have the right prayer? It’s, did I show up for them? Did I care for them?”

Kuenker’s embodiment of God’s love to those in her care came through the extraordinary moments and the everyday. She spent some of her time throughout the summer with infants and toddlers whose parents could not get off work to visit frequently. Kuenker says, “Being able to take time off and be in the hospital with your child is a privileged thing.”

So, Kuenker went into the rooms and held the babies, knowing that touch is important to a child’s development. The parents would leave notes for her and the nurse would let them know that Chaplain Emily had been in. Kuenker says, “I felt like I could give them some peace; your child is being looked after and looked after well.”

As the summer continued, Kuenker found the director’s words powerfully realized. Kuenker says, “The more I was myself and the more I trusted being Emily was good enough for the people I was working with, the more I trusted just by being a good listener, just by doing things that came naturally, offering a reassuring touch, praying what was on my heart, all of that was good enough. And it took me three months to figure that out. That is powerful. You come from a place of ‘I’m not good enough’ and then turn around and find out that being a pastor, a chaplain or a Christian public leader is not something you become, it is something you are.”

Indeed, as Kuenker reflects on what she learned from CPE about the power of God and God’s love working in community, she summarizes the impact the experience had on her calling by saying, “When God called me, God called me with all of my gifts and talents and also with all of my imperfections and deficiencies. It is in remembering that and being who I am that my talent at being a pastor lies.”