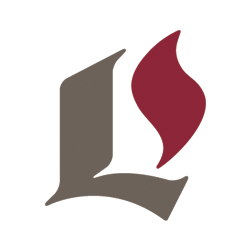 Each of the campaign’s goals were designed to focus on challenges facing seminary students and the church in the 21st century. $30 million supported the seminary’s Jubilee Scholarship, which covers the tuition of Master of Divinity and Master of Arts students, shifting much of the financial burden of pursuing a seminary education off of students. Since the institution of the Jubilee Scholarship in 2018, 52% of the seminary’s students have graduated with no student debt, and overall graduate debt has been reduced by one third. A total of 406 full-tuition Jubilee Scholarships have been awarded.

Another $32 million supported innovative strategies to provide a theological education for church leaders today. One of those strategies, the MDivX pilot, tested a 24-month Master of Divinity degree program, made possible by year-round classes and concurrent part-time congregational internships. The seminary is examining the pilot’s findings and plans to incorporate what it has learned from this experimental program into its other degree programs.

In addition, Luther Seminary has long been a leader in the digital space through resources such as Enter the Bible, Working Preacher, and God Pause. The Faith+Lead online learning hub was launched during this campaign to provide just-in-time learning experiences for lay and ordained ministry leaders. With the funds raised through this campaign, the seminary continues to develop new ways to meet the global need for creative digital resources grounded in sound theology—a need that has only grown since the start of the COVID-19 pandemic.

The remaining funds supported the seminary’s operations and were deployed in areas making the greatest impact on the seminary’s financial sustainability.

“We are grateful our supporters heard God’s call,” said Heidi Droegemueller, vice president for seminary relations. “Together, we are responding to changes occurring in the church and across the world. By removing financial barriers to ministry, we empowered future leaders to say ‘yes’ to the Holy Spirit’s call. By launching the MDivX pilot, our faculty are now equipped to reimagine how church leaders will be formed in the future. And, through Faith+Lead, we aren’t just providing continuing education for ordained ministers and lay leaders, but we are going so much deeper, providing the resources Christian leaders actually need to thrive. The generosity provided in this campaign will have ripple effects for a generation.”

More information about Listen! God is Calling, including information on the campaign’s priorities and a list of donors, can be found at luthersem.edu/campaign.

Luther Seminary educates leaders for Christian communities across the country and around the world. An innovator in theological education, the seminary is committed to exploring leading-edge approaches for Christian ministry, proclamation, and faith formation in a rapidly changing world. As one of the seven seminaries in the Evangelical Lutheran Church in America, Luther Seminary has educated more than one-third of ELCA pastors, lay professionals, and leaders of many global Lutheran and ecumenical churches. Learn more at luthersem.edu.